Chicago-born Chris Cozzone considers himself fortunate being able to mix careers in journalism and education. For the past 24 years, Chris has been a professional writer, photojournalist and teacher, from New York City to Nevada and New Mexico. His writing and photographs have appeared in magazines, books and newspapers all over the globe. As for teaching, Chris’ position at Gordon Bernell marks his third stretch in corrections. In the ‘90s, Chris taught writing at Rikers Island while living in New York. From 2002-2008, he was at the Penitentiary of New Mexico in Santa Fe. After four years of writing and shooting, Chris returned to school on two fronts: teaching behind bars at the Metropolitan Detention Center where he has been since 2012, and earning a Masters in Special Education at UNM. He earned his administrator’s license in 2016 from Highlands and is now the principal at Gordon Bernell’s MDC campus.  When he's not at work, Chris is working writing, photographing, working out or spending quality time with his two dogs, Fozzy and Spoonie. 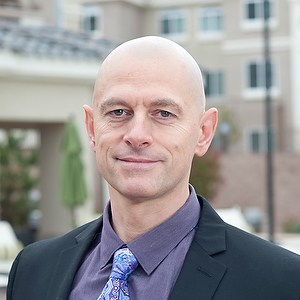