In December of 1975, Harold graduated from Black Hills State College in Spearfish, South Dakota, with a Bachelor of Science in Secondary Education. He was certified in PE and Mathematics. He began teaching that January of 1976 at Labre Indian School in Ashland, Montana. After a year and a half, he moved to the northeastern area of Montana, to a little town called Antelope. After teaching there for one year, he left teaching and took a cabinet making position for the next 11 years.
In the fall of 1989, he moved to Albuquerque and went back into teaching at Temple Baptist Academy. He remained there for three years. From there, he went back to public education and taught in three different schools in the Albuquerque Public Schools system. He spent the first two years at Eldorado High School in their special education program working with behavior-disordered students. He taught on a waiver while he worked on getting his special education endorsement. From Eldorado, he went to West Mesa High School for the next nine years. There he worked in the special ed department for a few years before moving to the math department. His last year at West Mesa was spent as co-chair of the math department.

He spent the 2007-2008 school year at Del Norte High School before coming to Gordon Bernell Charter School in July of 2008. He has been with GBCS since its inception. 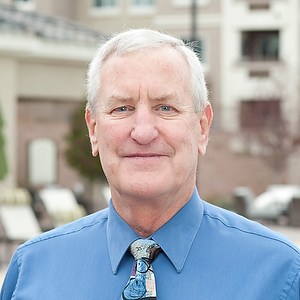