Denise C. Armenta, LISW is Clinical Social Worker at Gordon Bernell Charter School.  She has worked in the Albuquerque community as a social worker for the last 18 years.  After graduating from the University of New Mexico, she began her career in Washington, D.C. as an Intern for the United States Senate.  She went on to work for the National Council of La Raza (NCLR), a National Hispanic Organization which serves as a “think tank” for issues impacting the Hispanic community in the country.  While at NCLR she worked as the Affiliate Liaison/Director of Training.  She was a Liaison for 135 community organizations throughout the US and Puerto Rico. Also, while in D.C. she did volunteer work feeding the homeless. She also volunteered her time teaching ESL to the Central American community in the metro area. She was a freelance writer/photographer for various Hispanic magazines, covering numerous Hispanic functions and galas around the country.  After leaving the East Coast she returned to NM and worked at the NM Legislature.  She then spent several years at Youth Development Inc. as the Program Director/Substance Abuse Prevention specialist, developing and implementing the “Target Cities” program. This was a “street outreach” program designed to educate the community and reduce the use of substance abuse in the community.  While at YDI she went on to get her MSW.  After receiving her MSW she continued working with at-risk youth in the community.  She continued her work with the Albuquerque Partnership where she developed and implemented several programs to work with adolescents in the CCP program.  She went on to work as a social worker in the charter schools.  She has worked at various charter schools in the community, primarily those that serve at-risk youth.  In 2004 she was the co-founder and co-owner of Albuquerque Behavioral Health, a clinical agency providing treatment for adult and adolescent clients mandated by the courts to attend substance abuse, domestic violence and anger management classes and/or counseling.  Simultaneously she kept a private practice, specializing in adolescent issues.  She has been involved in various organizations and has sat on various boards.  In 1993 she was the chairperson for the Alcohol Issues Consortium.  From 1992-1994 she sat on the NM chapter of Planned Parenthood.  In 1993 she was one of the first classes to graduate from the Albuquerque Leadership program.  She has stayed involved in the community by doing volunteer work for various organizations such as the Healthcare for the Homeless and St. Martin’s Shelter.  She takes great pride in her family and spends most of her spare time traveling with her children teaching them how to be thankful for everything in life and how to give back to the community. 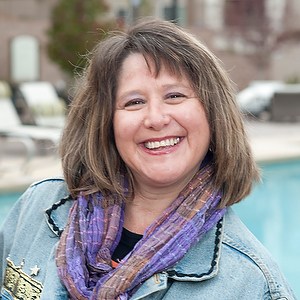